Find out when and where to fish

The salmon and sea trout season on Tweed runs from 1st February to 30th November which, along with the River Nith, is the longest of any river in Scotland. There is no Sunday fishing for salmon or sea trout. On or before 14th February and on or after 15th September fishing is by fly only. Spinning is permitted between 15th February and 14th September, but please note that owners may restrict spinning on their beats to comparatively high and coloured water conditions only.

The salmon and sea trout season on Tweed runs from 1st February to 30th November which, along with the River Nith, is the longest of any river in Scotland. There is no Sunday fishing for salmon or sea trout. On or before 14th February and on or after 15th September fishing is by fly only. Spinning is permitted between 15th February and 14th September, but please note that owners may restrict spinning on their beats to comparatively high and coloured water conditions only.

From February to May, the river will produce somewhere in the order of 1,500 spring fish. Early spring fishing is definitely not for the faint-hearted with freezing conditions not uncommon but there is every chance of catching a Tweed springer. As the spring progresses, increased water temperatures and longer days encourage salmon to move through the system which tends to result in increased catches later in spring.

In June, July and August the grilse, summer fish and sea trout run the system. The summer months are becoming increasingly popular as they offer excellent sport at affordable prices. The river is a glorious place to be in the summer months, the bird and other wildlife offer a plethora of distractions and it is hard to beat a lazy lunchtime picnic on the riverbank. The summer is usually when the Bottom and Lower Tweed beats come into their own, with fish coming in off the tide and resting until river levels rise. Sea trout, which tend to start running in June / July, are becoming increasingly popular and beats throughout the system are recording encouraging catches.

Tweed's internationally-renowned autumn run of large back-end fish begins in September with early autumn fishing coming off the tide. By mid to late-September, large volumes of fish are heading up the river to spawn and the system is full of fish, particularly if good water levels encourage fish to run and spread throughout the system. October tends to see the main autumn run with the highest catch returns recorded on most beats up and down the river. By November, whilst the lower beats will still be catching fish, the majority of catches will be concentrated in the middle and upper stretches of the system. 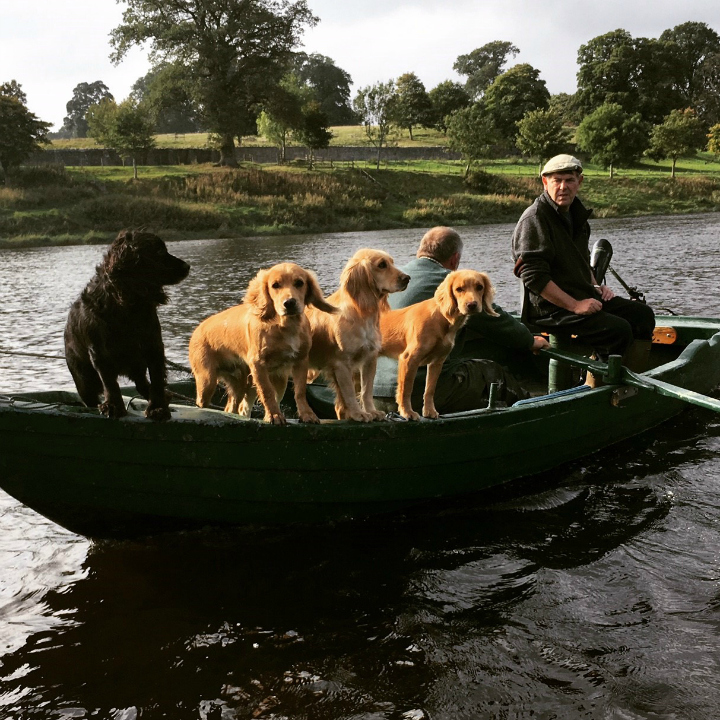 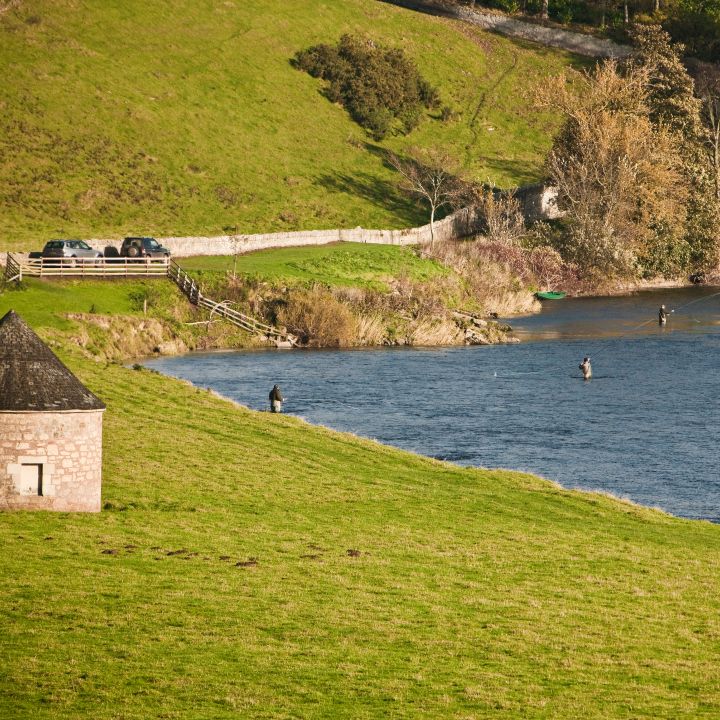 These beats excel in low water conditions when their proximity to tidal waters results in large quantities of fish coming in off the tide and resting in the bottom beats until water levels rise. For this reason they are popular summer beats. Conversely, the bottom beats are not terribly productive in high water as the fish often run straight through. The river is at its widest at this part of the river and much of the fishing is from a boat which also favours anglers who have not had much casting or wading experience.

This section of the river includes some of Tweed's most prestigious and productive beats offering excellent fishing throughout the season and particularly in the autumn when they boast consistently high catch returns. These beats favour anglers who benefit from the on-going attention and advice offered by ghillies as much of the fishing is from a boat and the angler to boatman ratio is particularly high for this stretch of the river, especially in the autumn. 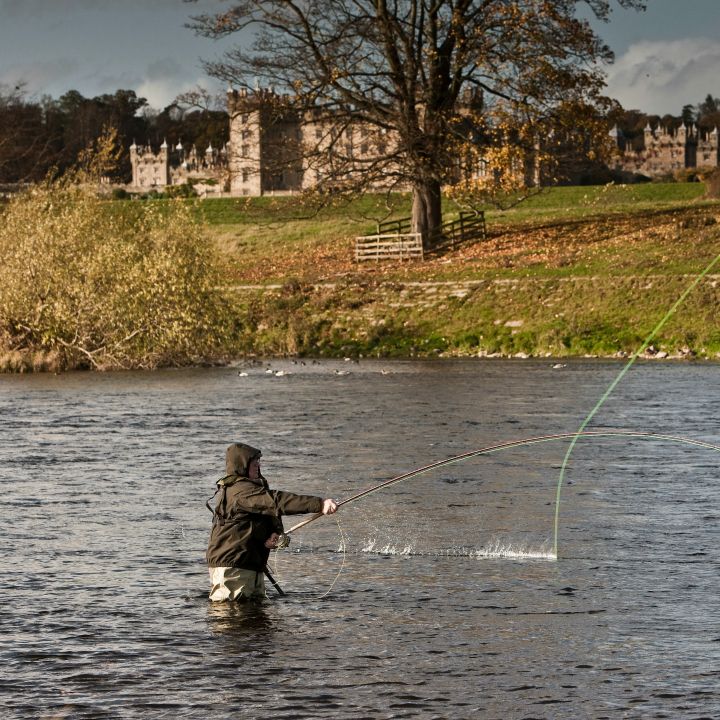 The Middle Tweed includes some equally well-regarded beats which fish well in the spring and summer and really come into their own in October and November. Narrower and faster flowing than the lower beats, this stretch of the river offers some classic fly water and a greater opportunity for wading as well as fishing from the boat.

The Upper Tweed's season is largely limited to September, October and November with most spring and early summer fish (an estimated 70 to 80 per cent) running the Ettrick and not up the main stem of the river. This stretch of the river functions particularly well following heavy rain in early autumn resulting in medium to high water conditions which encourage fish to move more quickly through the system into the Upper Tweed beats. By mid to late October, fish will be appearing throughout the Upper Tweed beats and by November this stretch of the river really comes into its own offering superb late autumn fishing when numbers on the lower beats tend to be waning.

Largely overlooked by many, the river's main tributaries offer some excellent fishing at reasonable prices. They can also provide an excellent alternative when the main river is unfishable, offering a great standby for lost days on Tweed beats.

The Whiteadder rises in the Lammermuir Hills and flows out of Whiteadder reservoir before being joined by tributaries Faseney Water, Bothwell Water, Monynut Water and Dye Water. The reservoir has proved extremely beneficial in stabilising the river levels after heavy rain or prolonged periods of drought. The typical pattern sees a run of spring fish from February through to the end of April. From May there is superb sea trout fishing at night with the occasional salmon running throughout the summer. The traditional main run of salmon is at the end of the season with the larger fish entering the river from September onwards. The Whiteadder is also known for offering first class brown trout fishing.

The Till which joins the Lower Tweed at Tillmouth follows a similar pattern with the majority of salmon appearing in the late summer and autumn. The Till is also renowned for its excellent sea trout fishing starting as early as March with a sizeable run during the summer months. Grayling are also prolific on the Till. 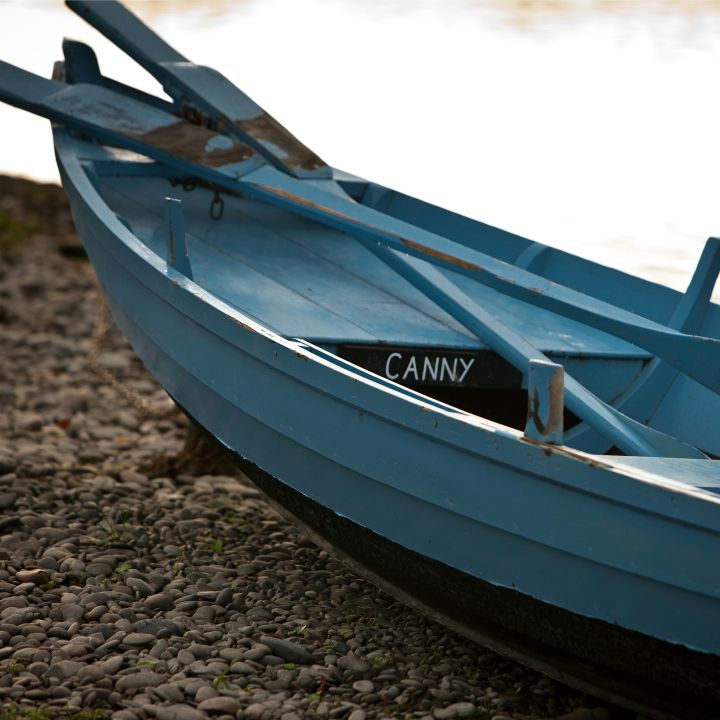 The Teviot joins the Lower Tweed at Kelso with good early season salmon runs. The salmon fishing is at its best from June onwards and the autumn run provides the best returns. Around 700 salmon can be taken in a season, with an average weight of around ten pounds. Grayling and brown trout are also particularly abundant on the Teviot.

The Rivers Ettrick and Yarrow run through magnificent wild moorland and converge one-and-a-half miles upstream of Selkirk at Boleside. A surprising 70 to 80 per cent of the salmon that run the River Tweed during spring and early summer actually spawn in the upper most reaches of the River Ettrick. The majority of the 12 miles of fishing available is fishable from both banks and each of the five beats offers a good balance of high water and low water pools. This ensures fishable water is available at all times except possibly during periods of extreme drought or high flood. The height of the salmon fishing season is from September through to the end of November with the average weight of salmon around 10lb although salmon of over 16lb are not uncommon. 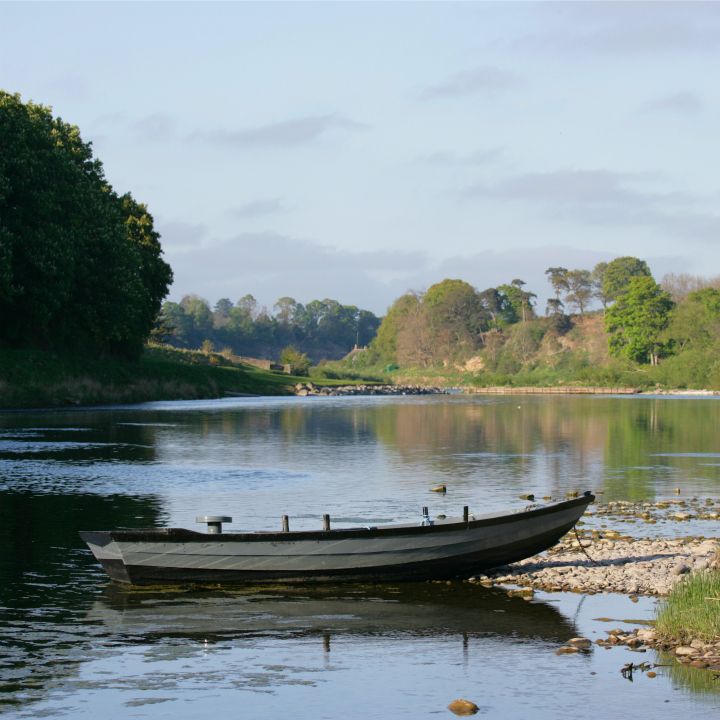