A unique insight into our region’s heritage and culture

Our museums tell the story of Borders people and provide a unique insight into our region’s heritage and culture, such as the turbulent past of the Border Reivers; the tragic tale of exiled Mary Queen of Scots; or its proud textile history and position today on the runways of fashion’s elite.

A number of the museums also encompass gallery space which host a wonderfully varied programme of artistic and cultural works across the region. And for performing arts…….we have four fantastic venues to tell you about!

Built by Sir Nicholas Hawksmoor in 1717-21, Berwick Barracks is home to three separate museums - the Berwick Museum and Art Gallery which houses part of the world famous Burrell Collection, the KOSB Regimental Museum, and ‘By Beat of Drum’ - an English Heritage exhibition which provides a fascinating insight into the life of a British infantryman from the Civil War to the First World War.  For artistic learning, celebrate the works of one of Britain’s most popular artists by following Lowry’s footsteps on the Lowry Trail and his composition of more than 30 drawings and paintings of the Berwick area.  Finally pay a visit the Town Hall Museum which includes the old Court House and Jail to give you a glimpse into Berwick’s darker past!

The Eyemouth Museum charts the history of the area, and documents the fishing and social heritage of the town and its people.  Central to the museum is the famous Eyemouth Tapestry that commemorates the Great East Coast Fishing Disaster of 1881 when 129 Eyemouth men lost their lives at sea.  The tapestry was hand-crafted by 24 local women and took two years to complete - an incredible feat of artistry.

The Battle of Flodden was the last medieval battle fought in Britain in 1513 changing the course of our Nation’s history.  The Flodden Eco Museum is in fact a trail which connects 23 different sites across the Tweed Valley exploring the area’s hugely turbulent past and telling a tragic tale of conflict, besieged castles, marching armies and desperate loss of life.

This museum documents the life of motor racing legend Jim Clark from his early career to Formula 1 Racing champion.  It includes a fascinating display of trophies, awards, photographs, model cars and memorabilia - a must for all car and racing fans!

The Coldstream Museum houses a permanent exhibition outlining the history of the parish, burgh and its people, and includes ‘The Guards Gallery’ telling the story of The Coldstream Guards from 17th Century to present day.  The Courtyard Gallery is used for temporary exhibits including a wonderful display of works by local artists and craftspeople. 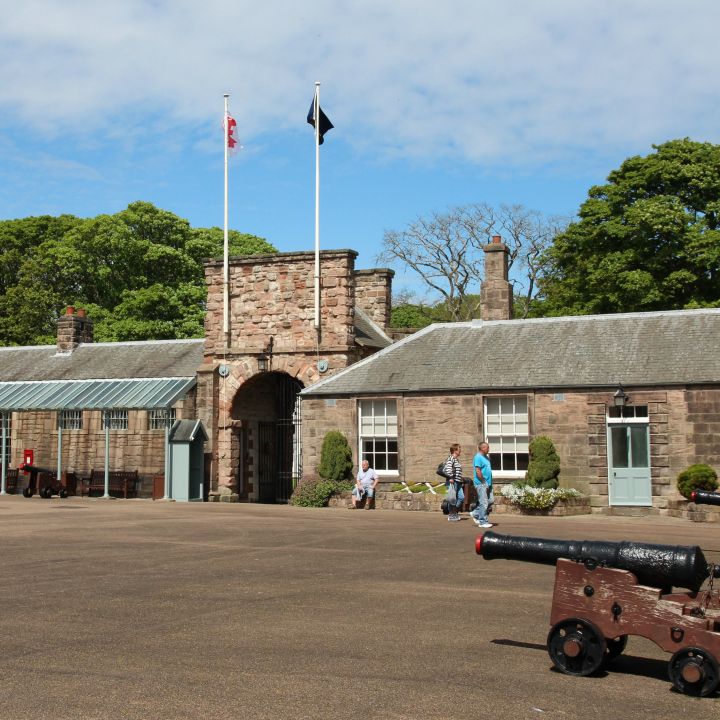 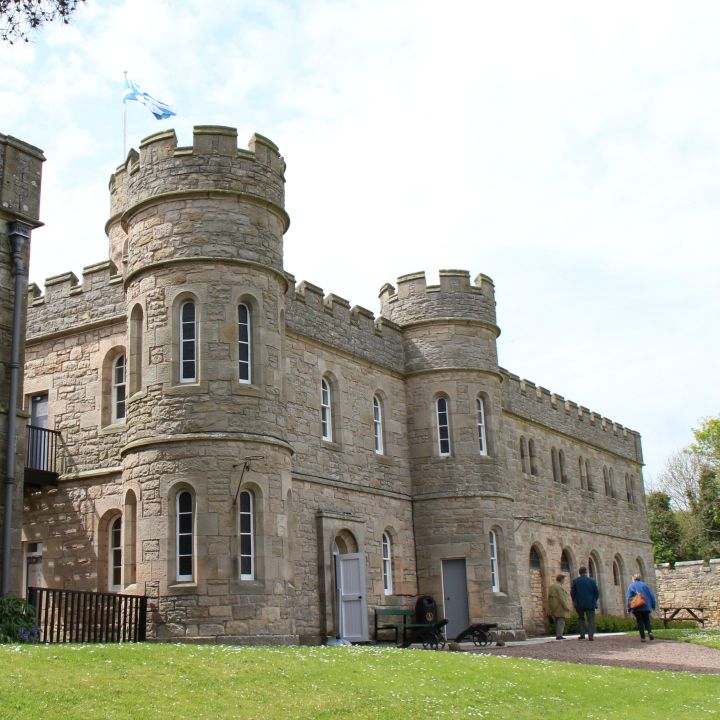 The Mary Queen of Scots Visitor Centre charts the fascinating but tragic story of Scotland’s first queen from her early days in Scotland through to the turbulent times that led up to her dramatic death in 1587.  A visit to the town’s Castle Jail and Museum will also give you a taste of life behind bars in 1820’s!

Dating back to 1583, Old Gala House marks the path of historic change, including a painted wood-panelled ceiling dating from 1635, a rare survival in Scotland.  The house charts the history of the local area and its enterprising people, and hosts a wide range of temporary exhibitions, including a diverse mix of traditional and contemporary art works and sculptures.

Explore Sir Walter Scott’s Courtroom where the great writer and poet sat as Sheriff for 30 years until his death in 1832.  Learn the story of his association with the town, browse permanent displays of his personal objects, and contemplate exhibits charting prominent historical and cultural events.  Then step over to the Halliwell’s House Museum and Gallery nearby for an insight into the town’s ancient history including its connections to William Wallace.

Discover the story of Border knitwear and tweeds in the beautifully restored Textile Towerhouse where garment displays, artefacts and photographs bring to life over 200 years of tradition. Chart the development of the industry and its position today as a market leader in the production of luxury garments which now grace high-end boutiques and runways across the world. Browse the Tom Scott Room which displays paintings by the noted Scottish watercolourist 1854-1927, or alternatively a lively programme of changing art and exhibitions can be found in the Hawick Museum located within the lovely Victorian setting of Wilton Lodge Park nearby.

The Chambers Institution was established by William Chambers, one of the founders of the famous publishing house in 1859 and today it houses the Tweeddale Museum and Gallery which features exhibitions of historical relevance, and a superb programme of art exhibits, including ceramic and glass artists, painters, sculptors and photographers.  You can also explore the story of John Buchan’s life and writing, and the sheer variety of his literary output and achievements beyond The Thirty Nine Steps.  An intriguing man, an intriguing story! 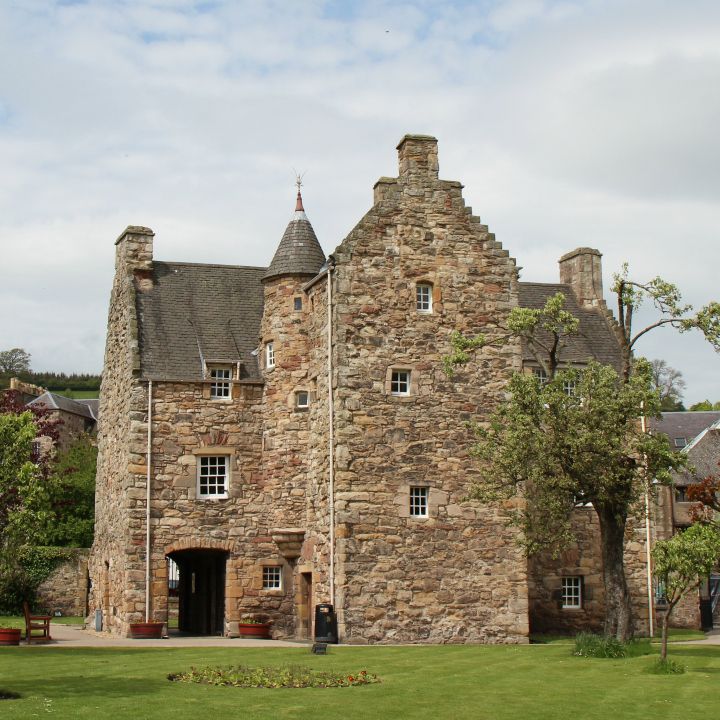 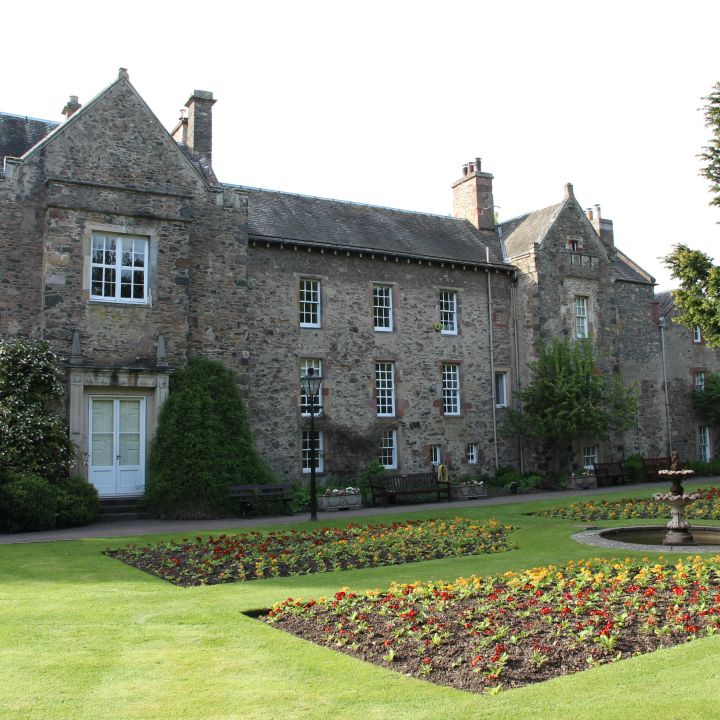 Our area has a vibrant performing arts scene and we can thoroughly recommend four particular venues where you are guaranteed a warm welcome.

The Maltings, a performing and media arts venue based in Berwick-upon-Tweed, has a deserved reputation for delivering a first-class programme of nearly 700 events each year - mixing world-class professional performance and film with a wide range of workshops, classes and community focused activities.

For a unique atmosphere the quaint 72-seat Bowhill Theatre at Bowhill House and Country Estate near Selkirk is located in the former game larder!, but is developing a growing reputation as an arts venue, attracting talented theatre companies, musical productions and shows for a very lovely evening of entertainment.

Head over to The Hub in Hawick next, a £10m arts and heritage project, which not only houses the Scottish Borders Archive and Local History Centre, but which includes a busy event schedule which embraces music, theatre, film and exhibitions.

And finally to Peebles, home of The Eastgate Theatre, a wonderful performing arts venue which also acts as a community hub for arts participation, performance, film, literary works, music and dance.